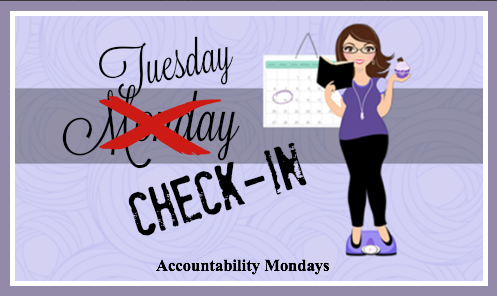 Yesterday was a holiday, and calories never count on holidays, right? Well that’s my story and I’m sticking to it! In fact, it was a holiday weekend!

My 18 year old son and his girlfriend came home this weekend for a music festival and two shows. My son is a singer/guitar player, so I spend a lot of time in bars eating bar food and running up tabs so he gets invited back (lame excuse, but I’m sticking to it!). It was a cool weekend because he had some really famous musicians come and sit in with him. Even Gregg Allman came and played at a show my son did with Gregg’s son. (Unfortunately, my son wasn’t on those two songs, but it’s still cool). And, you know, festivals mean food truck food. Not the best choices.

I bought a Cuisinart Griddler last Tuesday thinking I will grill healthy meats and veggies. 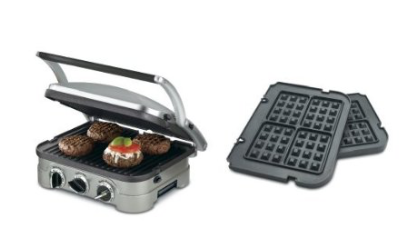 The model I bought came with waffle irons. I never had a waffle maker, and I recently saw one of those viral videos with all the crap you can throw in a waffle iron. So cinnamon buns, fluffernutter sandwiches (peanut butter and marshmallow cream), biscuits, grilled cheese…you name it, I waffled it. (No blue waffles though…don’t google it!) So far, I haven’t grilled a damn thing. But I have been having fun!

On top of all that I had my period! Fun! And I already didn’t log my food all week. 🙁

But guess what? I lost another 2 pounds! WooHoo! I’m hoping my waffling doesn’t catch up with me this week. I will start tracking again tomorrow and hope it’s a better week.

What about you? Successes? Failures? Tell me here!

Caregiving, Cookies and Self-Care By MJ Santangelo I?m a wife, a mother of ... END_OF_DOCUMENT_TOKEN_TO_BE_REPLACED

Starting on Monday. What an ideal concept, right? Like Monday is the automatic ... END_OF_DOCUMENT_TOKEN_TO_BE_REPLACED