Confessions of a Night Owl

When I was in college I scheduled later classes and often pulled all-nighters to study (still graduated at the top of my class). When I had a real job out of the house, I was late every day. It was my only issue. I also stayed late at work every day, always the last to leave. Why? Because I was not productive before noon. I was in advertising sales, so we were supposed to get on the road visiting clients by 10 and back by 3. Me? Out at noon, back at 4:45. I won awards and was consistently the top salesperson, but most people assumed it was because I worked late every night. Nope, I stayed late because I needed the deadline pressure to actually get things done. Sometimes I would bring my paperwork home and do it at midnight because I knew it wouldn?t really happen in the morning.

Now that I work from home, it?s way worse. I don?t really get motivated to do the real work till about 11-12pm, after everyone goes to bed. Then I WORK. I?m highly focused and get a ton done because I need the pressure. Last night I was on such a roll at 2:00 there was no way I was stopping. I am writing this at 3:40am Sunday night (well, Monday Morning) for my Monday post. 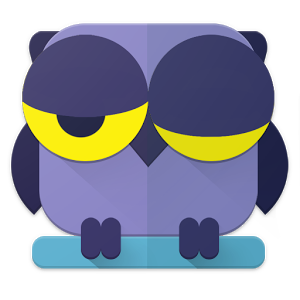 When I wake up at around 11:30, I have my coffee for the first hour, then at around 2-3, I eat my first meal (usually 3 soft boiled eggs and ? a light english muffin) for 1 WW Point. So I already break the ?eat first thing? rule for skinnies. The thought of eggs in that first hour gets me gaggy. Then we are out running errands and doing school stuff so we don?t eat dinner until after 8. But remember, I?m up for another 8 hours. So instead of a third meal like normal people do, it?s midnight! I always think I?ll go to bed earlier than I do so I can?t eat a meal, but I?m hungry, so I literally snack non-stop. I look for excuses to get up from my desk, so I wander to the kitchen. THIS is my downfall. I?m great all day, but 11pm to 3am is munchie time!

I?ve tried gum. It actually helps me focus and I will chew a pack an hour, but with a connective tissue disease, repetitive motions make for pain, and gum makes my TMJ even worse, so I don?t chew as much as I want to. But apparently I have an oral fixation and a need to keep my mouth busy while I work. These are the times I miss smoking.

I don?t have insomnia. In fact, all it takes for me to fall asleep is to get in bed at night and read a few pages because I work until my eyes start to close on me. But I can?t get in bed if I got nothing accomplished or I haven?t updated my sale lists. After 11pm nobody messages me. Facebook slows down and I?m under pressure to get something accomplished. It all just flows from me easily.

My kids are both just like me. My son and I talked on the phone at 4:30am this morning (though it was only 3:30 for him). But they are both musicians, that is actually good for them. My little one doesn?t start school till 9:30 am right now but next year in high school, 7:30 will be rough for him. My husband used to be like me but he got a physically strenuous day job and now his body is on the opposite schedule as mine, and I miss falling asleep with him.

I know that a normal sleep schedule would be so much better for my health in so many ways. I TRY. I was up at 7:30 Saturday morning for an event for my son. I thought it would be the perfect time to switch my schedule and go to bed at a normal hour. Nope. I got a second wind at around midnight and wrote a review till 2:30. I’ve tried going to be 15 minutes earlier each night, but I won’t stop when I’m in the middle of something so that never works.

One thing made me feel a little better. This Study says night owls are more intelligent! But the rest of the studies are just BAD. And this one in particular, scared me.

When you get older this is supposed to stop, isn’t it? Well I’m OLD and it’s only getting worse.

Do you have any suggestions for a schedule shift or night time munchies? Let me know!

Caregiving, Cookies and Self-Care By MJ Santangelo I?m a wife, a mother of ... END_OF_DOCUMENT_TOKEN_TO_BE_REPLACED

Starting on Monday. What an ideal concept, right? Like Monday is the automatic ... END_OF_DOCUMENT_TOKEN_TO_BE_REPLACED