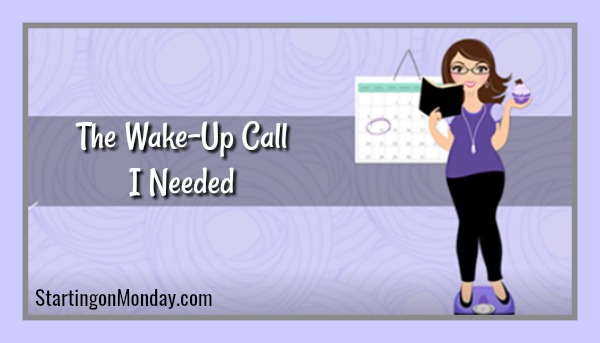 The big news story in the last two days is a new study that just came out. It is a very detailed and comprehensive study that proves that being sedentary is worse for your health than smoking, having high blood pressure or even diabetes. The study also proved that there is no such thing as too much exercise at any age.

According to a CNN interview with Dr. Jaber, the head of the study, “comparing those with a sedentary lifestyle to the top exercise performers, he said, the risk associated with death is “500% higher”, and three times higher than smoking!

“Being unfit on a treadmill or in an exercise stress test has a worse prognosis, as far as death, than being hypertensive, being diabetic or being a current smoker,” Wael Jaber, senior author of the study told CNN. “We’ve never seen something as pronounced as this and as objective as this.”

I am great at excuses. Having a connective tissue disorder makes exercise HURT, but I know that hurt is actually good for me! I probably hurt because my body is not used to moving! I have a treadmill?RIGHT next to my desk that I step over 10 times a day. I have a cubii?elliptical under my desk which I lazily use throughout the day just to keep me moving a little bit, but when I really use it (rarely) I totally get my heart rate up. I love The Fitness Marshall videos when I do them. 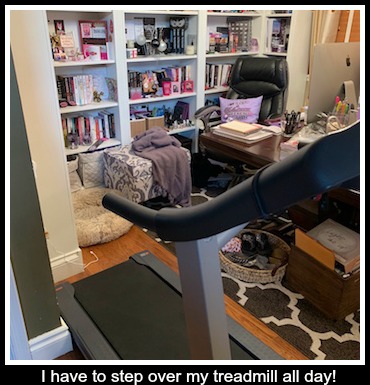 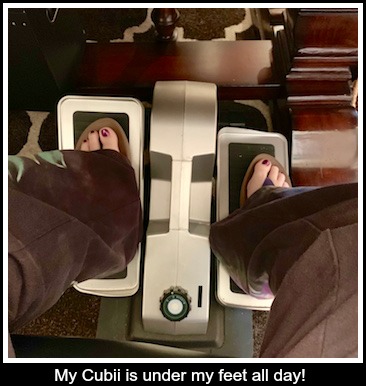 Well, this study will hopefully be my wake-up call. My Fitbit?vibrates at 10 minutes to the hour if I haven’t gotten 250 steps in each hour. I have learned to ignore it. NO MORE. No matter what I’m doing, I will take 5 minutes out of at least 9 hours a day and do something – a?song from the Fitness Marshall, walk the dog, get on the treadmill, or pedal my ass off on Cubii?if I’m in the middle of writing. I can tell just from today, adding this exercise helps with my other problem of not drinking enough water because I am way thirstier.

It’s 10 minutes to the hour, and it’s getting a little too bumpy?to type because this hour I’m doing my Cubii?(I don’t feel like putting on a bra).

I quit smoking the day I got pregnant with my first son. I did it for HIM. Now I am doing it for my kids again, I am 51 with 2 healthy parents in their 80s because they exercise daily, a habit I did not inherit. They are healthier than I am and 30 years older. I want my kids to have me around as long as I have my parents. So that’s it. I NEED to stick with this. I am not going to overdo it so I quit because I hurt, but I am going to get my steps in every day so it DOESN’T kill me. Hitting my 4,000 a day step goal never happened on days I didn’t go shopping or to an event. 4,000 is so easy! I already made it for today with just a little extra effort. I hope to increase that number every few weeks.

Who wants to join me?

PS: There are two Cubii models. The Cubii Pro has Bluetooth?and syncs with Fitbit or other apps. The Cubii Junior does not have Bluetooth?so you?have to manually add it or wrap your Fitbit?around your ankle. The Weslo treadmill is the most compact and cheapest model I could find, and I have never had issues with it.

Caregiving, Cookies and Self-Care By MJ Santangelo I?m a wife, a mother of ... END_OF_DOCUMENT_TOKEN_TO_BE_REPLACED

Starting on Monday. What an ideal concept, right? Like Monday is the automatic ... END_OF_DOCUMENT_TOKEN_TO_BE_REPLACED