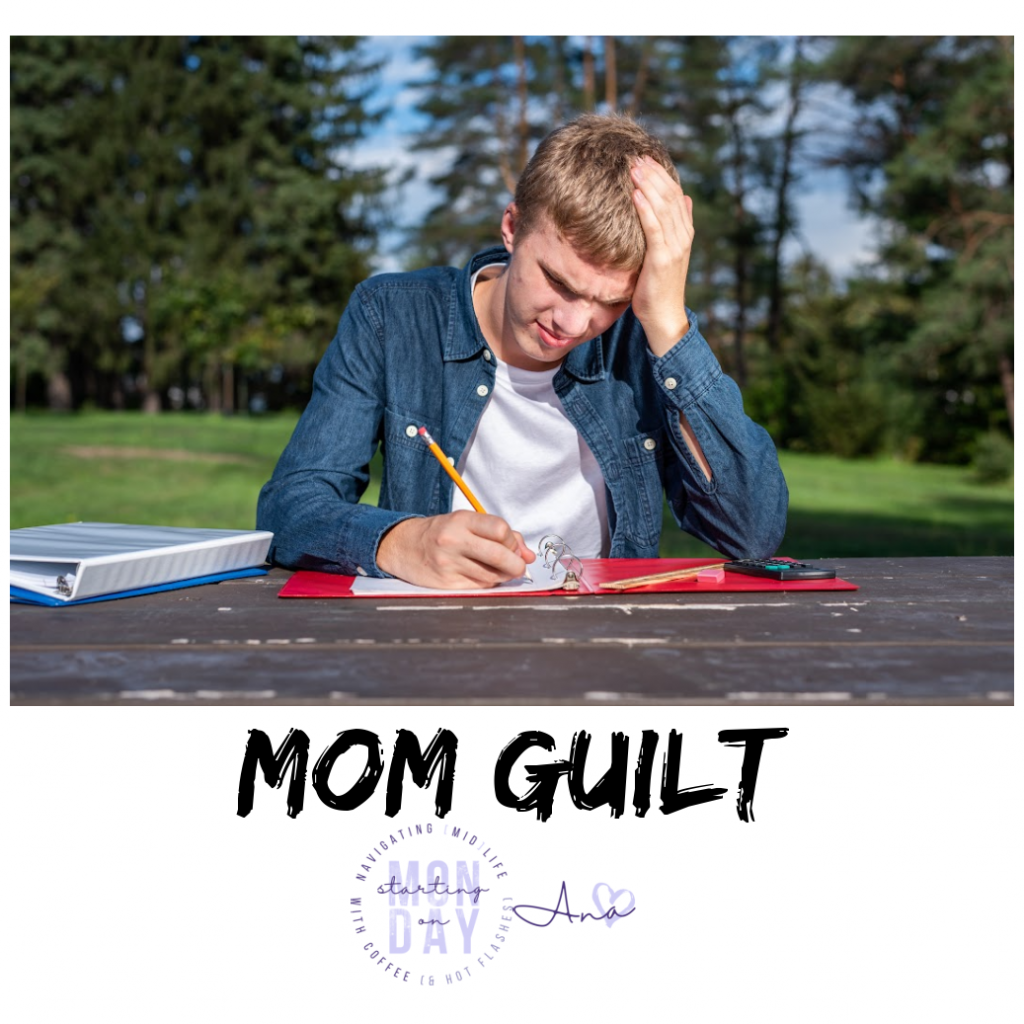 This is the year. My son is in 11th grade, arguably the most important year in his schooling. School has always come fairly easy for both of my boys…until high school. I have untreated ADHD, and I am 100% sure both of my boys do as well. But until about 10th grade, they were both performing OK in school.

With my youngest, part of 9th grade and all of 10th were spent remote learning. It just made everything worse. He spent 7 hours in school on the computer, then had another 2 hours+ of homework on that same computer. He never left his room and I don’t think he turned a single assignment in on time.

My son goes to school in Parkland, FL, where despite the shooting, we have one of the better schools in the state. But we also have a lot of wealthy, competitive parents who have their kids tested outside of the school system to get them extra time on tests, including the SAT and ACT. Almost all of my son’s friends are medicated as well.

He recently took an ACT practice test and I was told his scores were very consistent with ADHD. His answers were all correct, but he only finished half of the test.

He has been begging me for ADHD medication for a few years now but I have been 100% against it because I thought he was doing just fine without it, and that remote learning wasn’t really a true test of ADHD. Sure, his teachers have all said they had to move him up front since elementary school. But he was still in advanced classes and getting As and Bs.

But those As and Bs are hard-earned. He starts every quarter with Fs and then plays a stressful game of me screaming at him, and him struggling to catch up until the very last second. This year, even though he is back at school, it’s even worse.

But it’s too late. The pediatrician doesn’t diagnose after age 12. No psychiatrists on his insurance can get him in in the next 6 months. And even if I paid the $2400 for the official testing, it’s too late for him to get extra time on the SAT or ACT.

But he has been begging me for help. He WANTS to do well but just gets a block when it comes to starting his work (I can SO relate). So I caved. We had his first appointment with a psychiatrist (that doesn’t take insurance) last week. After 1.5+ hours of her asking us (and each of us alone) a ton of questions, she diagnosed him with ADHD (combined type) and prescribed medication.

He took the medicine for the first time the other day, and I swear, he was a different person! Who was this kid that spent 3 hours doing homework? He actually turned in an assignment a day early!

Now I feel like I could have saved us YEARS of grief with BOTH of my boys. Had I listened earlier, he might have been able to go to Harvard! That mom guilt is strong, ladies.

I’m also wondering how much different my entire life would have been if I just did the same for myself. What are your thoughts?

I’m Ana. I’ve been blogging about books at Ana’s Attic Book Blog for 10 years and I started this site because basically “I’ll start Monday” is my mantra. I’m in my mid-fifties, recently divorced, with two boys, one who is still at home. I’m great at starting diets…for a few weeks, but the weight always comes back and brings friends. My recent remodel has sparked a love of interior design and I love to help others with their homes.

Caregiving, Cookies and Self-Care By MJ Santangelo I?m a wife, a mother of ... END_OF_DOCUMENT_TOKEN_TO_BE_REPLACED

Starting on Monday. What an ideal concept, right? Like Monday is the automatic ... END_OF_DOCUMENT_TOKEN_TO_BE_REPLACED

Get those mammograms ladies! Do it before you star