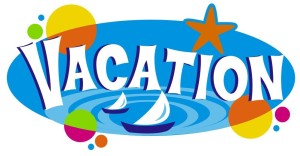 Getting back from vacation…that’s when the shit hits the fan. Between catching up with missed work, laundry, 7,000 e-mails and more you wonder if it was worth it. In my case it was. But now…

I am completely and totally wrecked. Exhausted.?2 weeks of non-stop action has me laid up. We went up north to drop my son off in New Jersey to rehearse for 3 days for a mini tour with shows in New York City, Philadelphia, and Gathering of the Vibes, a 3 day camping/music festival featuring members of the Grateful Dead and other amazing bands. Then we went back to New York City and Washington DC. I wear orthotics in my shoes, and forgot them and my sneakers at home. So not only did I walk more in 2 weeks than I did in the last year, I did it in bad shoes.

I didn’t snack as much as I do at home, but I ate good meals and drank……A LOT. So I gained a pound. Could have been worse. Gourmet Mac and cheese seems to be at every restaurant, even rest stops have just mac and cheese restaurants. I had a lot. And it was yummy. So again, I can’t complain. But getting back to eating right is something I’m still too tired to think about.

Great stuff I did on my trip:

?I had one day reserved in a hotel in NYC. The day of my son’s show. I was staying at my sister’s about an hour out of the city before that, but after not being able to see all we wanted when visiting, we grabbed another day. It was the first time I tried “name your own price” on Priceline, and we got a hotel for that night dirt cheap. We stayed at the Marriott Marquis, dead center on Times Square for $250. I stayed up all night watching Times Square. For a Tuesday night in summer, it was still fairly busy all night. It was a $500 room, so Priceline was awesome.

?We went on the NBC studios tour. Loved seeing the Saturday Night Live studio and the Today studio with all the people waving at the windows. The coolest was when we were touring Brian Williams ‘hot’ studio. They told us how the studio is ready to go with a 45 second notice, and the last time they had to do that and kick a tour out was when Sully landed the plane in the river. Next thing you know, they announce that this is one of those times! And as we leave, we see Brian Williams walk in to announce the Royal baby’s birth. Cool.

?We went to the Empire State Building. Though I have been with my kids, my husband had to stay home to work, so this was his first time, and he was like a little kid, taking thousands of photos. (We both grew up in NY but he has lived in Florida since he was 14).

?We took a train to Grand Central and played in the Apple store there.

?We walked around Rockerfeller Center

?We explored every inch of Times Square, including Hershey World, Madame Tussauds, Toys r Us, M&M world, The Hard Rock and more.

?When we were exhausted we took an amazing double decker bus ride through all of Manhattan and let the tour guide tell us all the great little secrets. Loved this!

?We took a boat ride around lower Manhattan and the Statue of Liberty.

?We ate a a pretty cool restaurant, Vynl, that we realized was gay when we got there, with barbie doll replica’s of famous bands (including Elton John). Still cool, great food, and the truffle mac and cheese? OMG.

?We watched my son and the School of Rock Allstars play at New York’s Gramercy Theater. It was AMAZEBALLS.

*Then we headed to Philly, stayed at a hotel a block from the Liberty Bell. We had only 2 hours before show time, so we saw the Liberty Bell, took a tour of Independence Hall, and walked around the historical area. After another great show at the Union Transfer theater in Philly, we walked through a deserted section of historical Philly (that smelled like horse poop) and got a cheesesteak at a famous place. (yum)

?Then we headed to Gathering of the Vibes. This 4 day camping/music festival features Phil Lesh(from the Grateful Dead) and Friends playing every night until 1 am, plus a ton of bands including Grammy winning Tedeschi Trucks, Gov’t Mule, Black Crowes, Grace Potter and the Nocturnals, and my 15 year old son 🙂

?We sent up camping supplies to my sister’s beforehand. This was the smallest camping setup we had ever used, and thank goodness, because we squoze into one of the last spots available. Amongst a cloud of pot smoke and a sea of friendly hippies, we set up camp. This was such a peaceful, mellow group. Strange how everyone was just smoking in public, and kind of awkward to be there with an 8 year old. But there were a ton of kids, and he never said a thing. There was even a family area that was incredible, with hula hoops, juggling,?and planned activities for the little ones if you wanted, and a tent with all of the School of Rock Allstar kids playing all day (except when they played on the bigger stage). ?The music was amazing, the crowd was great, and from our campsite we could hear the music clear as a bell as the bands played all night long. I’m totally going to do more of these festivals in the future. I loved it.

One thing that made me sad: There were a TON of awesome tie dye booths. Every woman there had on a flowy skirt. I wanted to join! Nobody had plus sizes. Nobody.

?After Gathering of the Vibes, my son’s tour was over (he was so sad), so we decided to go back to NYC. We took another bus tour late at night that went to Brooklyn. It was a beautiful night, and I highly recommend these tours. We also had to stop at some of the more famous music stores in New York.

?Then we headed to DC to see all of the famous sights there. I went to college there, so we visited my old school, the White House (we loved catching the snipers on the roof!), we walked the whole mall twice between the Capitol and the Lincoln Memorial. We went to the Air and Space Museum (LOVED), the American History Museum (half closed for renovation) and the Spy Museum.

?My feet will never be the same again.

So while I spent last week recovering, doing laundry, answering my 7000 e-mails, sending out giveaways, planning Wicked Book Weekend, uploading videos and photos of my son’s tour, doing more laundry, writing reviews, booking shows and more, I forgot to post!!! But I’d love some guest posts. That was the point of this blog, to have guest posts! Tell me about your weight successes and failures. Tell me your motivations or lack thereof. Tell me what made you accept your body. Got a product or recipe you love??? Send it in!!! ?I LOVE guest posts!
Here is my son at Gathering of The Vibes:

Caregiving, Cookies and Self-Care By MJ Santangelo I?m a wife, a mother of ... END_OF_DOCUMENT_TOKEN_TO_BE_REPLACED

Starting on Monday. What an ideal concept, right? Like Monday is the automatic ... END_OF_DOCUMENT_TOKEN_TO_BE_REPLACED